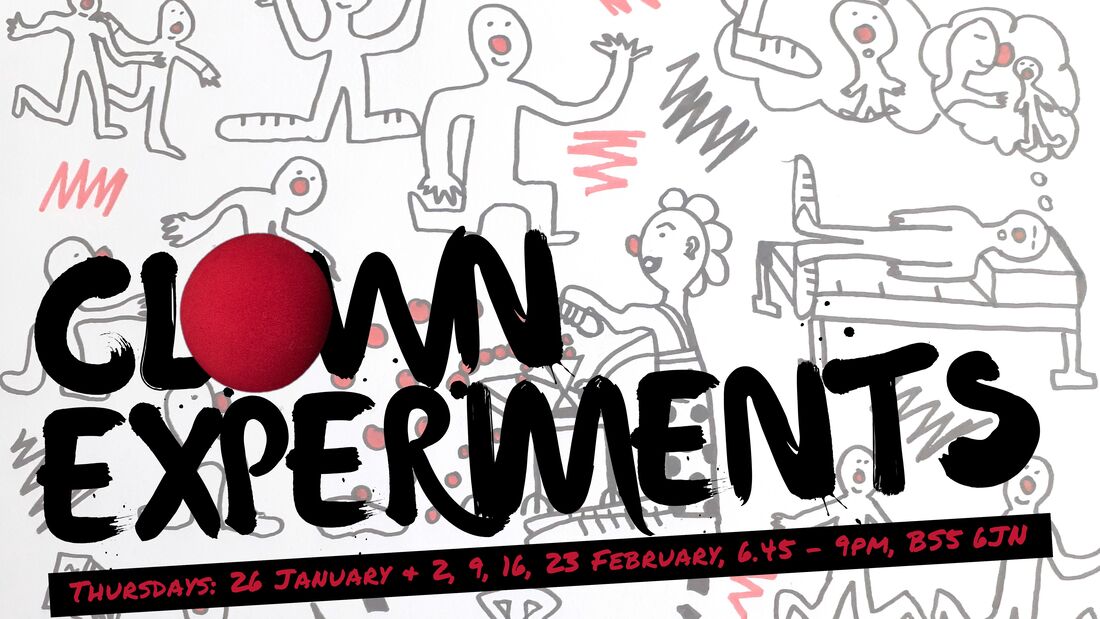 Zuma Puma is a Canadian/British Clown, Comedian and Neuro Linguistic Programming Master Practitioner. Zuma founded Clownlife in early 2016 a program designed to encourage a happy life full of connection, laughter, self research/development through the vehicles of Clown, Improv, NLP life coaching, psycho magic and ritual- supporting performers, artistic repertoire, performance craft and technique as well as individuals looking to live whole heartedly, understand who they are and how they are seen in the world and laugh a ton in the process.
In 2012 Zuma moved to London, UK and founded the International Lost Cabaret-London's most alternative comedy night; which has since grown to become a collective initiative since 2016 and now appears regularly in; London UK, Paris France and Melbourne Australia. She is also a solo clown performer currently touring her latest One Woman Show- Don't Do it, Don't Do it, DO IT- Internationally.
www.clownlife.org

Robyn Hambrook is a Bristol-based director, teacher and performer. With over 20 years experience she is a passionate practitioner of clowning, physical theatre, circus and street arts. She has a MA in Circus Directing, a Diploma of Physical Theatre Practice and trained with a long line of inspiring teachers including Holly Stoppit, Giovanni Fusetti, Jon Davison, Peta Lily, Deanna Fleysha, John Wright, Zuma Puma and Maggie Irving.
Robyn has collaborated with companies including Let’s Circus, The Sexual Health Circus and Whispering Wood Folk and performed with acclaimed physical theatre companies including, Derevo, Akhe, Oceanallover, and Gappad as well as her own award-winning company, Fun in the Oven Theatre. During the pandemic in 2020, Robyn set up The Online Clown Academy with Holly Stoppit and developed a series of Zoom Clown Courses.
Robyn’s research, started during her Masters, has been exploring the meeting point of clowning and activism, online, in the real world and with international collaborators. With this drive to explore political edges of her work she has also dived back into the world of the Bouffon; training with Jaime Mears, Eric Davis, Nathaniel Justiniano, Tim Licata, Al Seed and the grand master Bouffon-himself; Philippe Gaulier.