John Jordan’s work merges the imagination of art and the radical engagement of activism. He is a writer, lecturer, artist and activist. He set up C.I.R.C.A and works in the Laboratory of Insurrectionary Imagination infamous for fermenting acts of mass disobedience.

“We see all history as being created through disobedience, from women wearing trousers to the right to a weekend to being part of a union; all these things happened because people disobeyed the laws. We think that art and activism together can create incredible new forms. We reject representation. We would do an action that was direct and would actually try to change the situation. Our work is organising. It is not representing, it is transforming the world. The role of the artist is to transform the world, not just represent it.”

"We have one foot in the social movement as organisers and one foot in the cultural world. The root of what we do is radical friendship. We work horizontally, we work with a collective spirit, the key is creating friendships. For us we think that is the basis of any politics, the trust, the friendship and the love that is created through those intense moments of working together in disobedience."

“Politics is not solely or even primarily about reasoned thinking and rational choices; it’s an affair of fantasy and desire. People are rarely moved to action, support, or even consent by realistic proposals; they are motivated by dreams of what could be.” Stephen Duncombe

"Art washing is this magical slight of had that transforms progressive art into a tool for upholding the status quo." 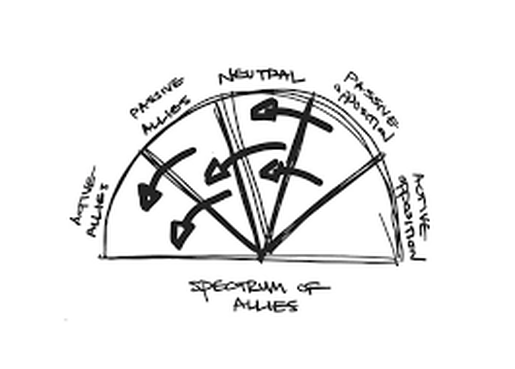